Our very first issue of Heartland Living Magazine featured the historic Sebring Fire Department’s Station 14 and the changes it had undergone since its inception in 1927. As we celebrate our 10th anniversary, we thought we’d circle back with our local heroes at the station and see what’s new!

Somehow the Sebring Fire Department has figured out how to turn back the clock, because it’s getting younger. With a large crop of twenty-somethings on the force, 26-year-old Lieutenant Rachel Smit said that sometimes she’s the oldest one in the room. Smit is the second female firefighter the City of Sebring has had, the first female lieutenant, and the only woman currently on the team.

Smit has been with the department for six years, and was the first female firefighter with the City of Sebring to be promoted when she received the rank of senior engineer in September of 2019. She was promoted to lieutenant on December 20th, 2021.

Smit said being the only woman on a roster of male firefighters hasn’t been a problem. “Everybody respects. I come to work, I do my job, I try to do the best I can. I want to be an asset, not a liability.”

“I’ve never been the ‘girl power’ type or ‘I’m a woman, hear me roar’. I like to be the first one up to do something and the last one to stop. If there’s something that needs to be done, I’ll be the one to get it. You’re equal here and you’ve got to put that mindset in and everyone else will, too.”  

Smit has been focused on furthering her education, recently completing an associate degree in fire science at SFSC as well as the Florida Urban Search and Rescue (FLUSAR) certification program. Her colleague and boyfriend, fellow firefighter 24-year-old Keegan Allbritton, also completed his FLUSAR certification as well as received a promotion to Sr. Engineer. The two helped push each other to complete the rigorous educational programs and achieve what it takes to move up through the ranks.

The FLUSAR program has prepared Smit and Allbritton to perform search and rescue missions in a variety of urban disaster situations, including structural collapse (like what happened to the Surfside condominium in Miami last summer), trench rescue, confined space rescue, and rope rescue. For example, if you fall into a deep hole, get trapped in a culvert, or need to be hauled from the third to the seventh story of a building using ropes, these two are qualified to do it.

“You learn how to go in and shift and break concrete. How to shore it up so you can get in there and work and cut through different parts of rebar and what tools you need,” Allbritton said. He was finishing up the structural collapse part of the training when the Surfside disaster happened. Most of his instructors left to take part in the rescue mission.

“I have a great team and am very excited about the future of the fire department. They come with unique skill sets and a great desire to learn the business and be the best of the best,” current Fire Chief Bobby Border said of the current group of firefighters. 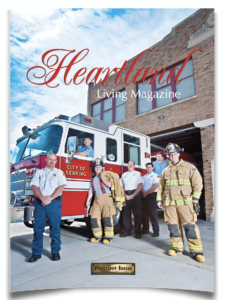 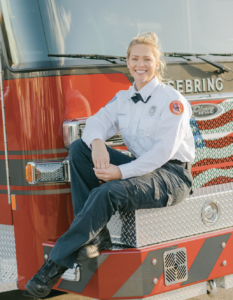 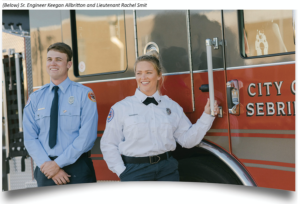 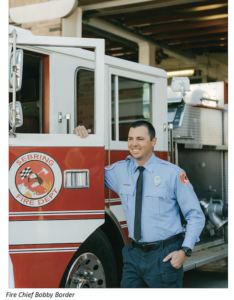 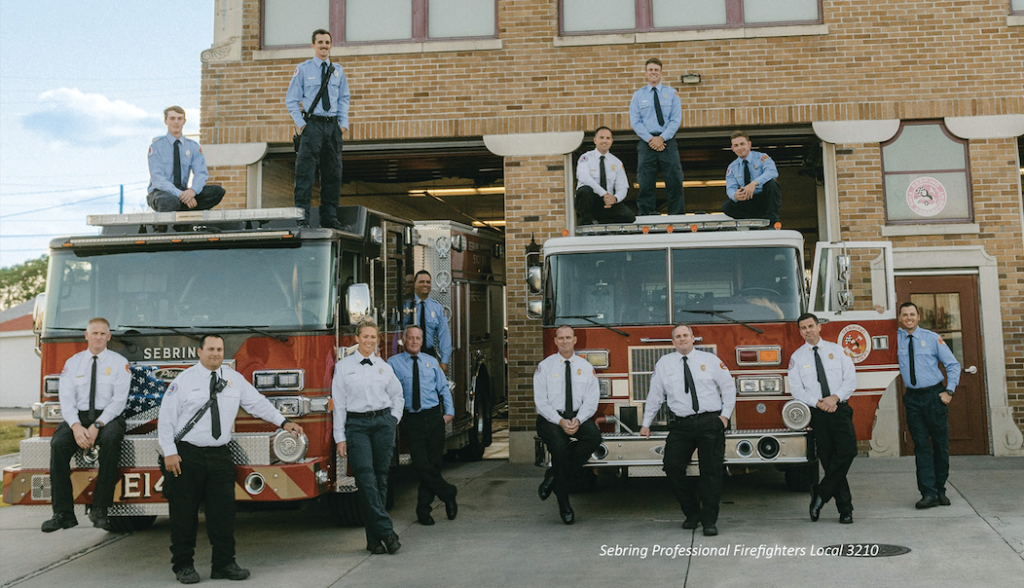 Part of the reason there are so many young people at the department is because of the success of their internship program. Smit and Allbritton both got their start through the program, which started in 2016. Smit was one of the very first two interns to be accepted into the program at the beginning of 2016. Allbritton was accepted later that summer.

Interns start earning towards their retirement right away, and the City pays for their schooling. They are put on a two-year contract and get to ride along with firefighters in real life situations so they can see if this career is a good fit for them. For example, firefighters need to be suited up and ready to go within 90 seconds after a call comes in. The group could be seated at the table eating, and if a firefighter calls a drill, the interns have to leave their plates, suit up in 90 seconds and go wait in the firetruck. Station 14 currently has three interns.

Shift captain Austin Maddox trains those interns. “We have a very good retention rate on the internship program,” he said, adding that if interns don’t end up staying with the City of Sebring, they often become firefighters for the county. 

As far as Smit and Allbritton are concerned, Maddox has been impressed with their achievements. “Getting to those ranks isn’t something that comes to you. You have to go and get it. It’s awesome to watch.”

It wasn’t easy for either of these accomplished firefighters. Smit broke her leg several months into her first year. It took her a while to recover and to decide between continuing with firefighting or becoming a paramedic. She focused hard on her training, earning over 2,400 hours of education. But when it came time to test for the Sr. Engineer position, she placed second instead of the first she needed to earn the position.

A couple of months later, another senior engineer quit and she was given that slot, but it didn’t sit right with her. “As much as I enjoyed being a senior engineer, I didn’t feel like I earned it on my own because I didn’t place first in my test,” she said. She continued pursuing her education, and fast-forward to December 2021 . . . “I tested (for lieutenant) against the same guy that beat me before and I got it over him. It’s a weight off my shoulders.”

Allbritton struggled as well, for different reasons. A fourth generation firefighter, Allbritton was following in the footsteps of his great-grandfather who served 20 years, retiring as an Assistant Chief; his grandfather who served 25 years, retiring as a Lieutenant; and his father who was also a firefighter.“I got hired as an intern and went to Ridge Fire Academy. I was almost finished, but I’m a horrible test taker. I failed my second test. I got kicked out of fire school. I cried all the way home,” Allbritton recalled.

But the fire chief at the time, Chief Brad Batz, recognized his work ethic and gave him another chance. He passed on the third try. His fellow firefighters appreciate him as well, naming him for the Firefighter of the Year Award in 2019. “It feels good because they could have voted for anyone. I just try to help all the guys at work, help anyone who needs a hand.”

Many people might have stopped there, but not Allbritton. He faced his academic demons head on, taking the FLUSAR training and, most recently, the training for Sr. Engineer. “I just kept reading each and every book. I put everything to the side and just studied.” On November 12th, 2021, he was promoted to Sr. Engineer.

As part of our ten year follow up, Maddox invited a group of retired firefighters to come by the station to reminisce. They laughed and talked about how things had changed over the years, including their uniforms. “When that house blew up with me in it, I had on a pair of coveralls,” said Chief V. Legare Smoak, who became a firefighter in 1951 and served as fire chief from 1969 to 1979.

Chief Ken Haines, who was fire chief from 1994-2006, recalled wearing a mask with a heavy canister when he first started in 1972. When he took it to fire college in Ocala, they laughed at him. His classmate and lifelong friend, Deputy Commander Martin Mackay, said they wore bumper coats that weren’t much more than heavy-duty raincoats. When they came back after training, they spoke to Chief Smoak, who got their equipment upgraded. By the time Deputy Chief Mike Roberts started in 1978, the firefighters had more modern air packs.

The most impactful memories, however, have to do with the camaraderie they shared and the hours they spent together at the station. Smoak and Assistant Chief Eldridge Pollard still hang out together, with Pollard serving as Smoak’s “taxi” since he no longer drives. Haines and Mackay both retired on the exact same day. 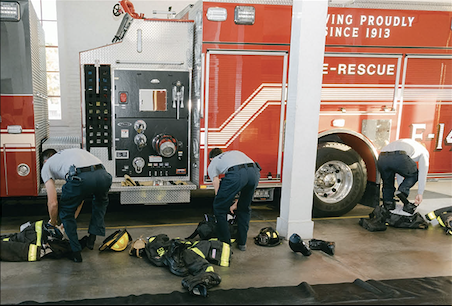 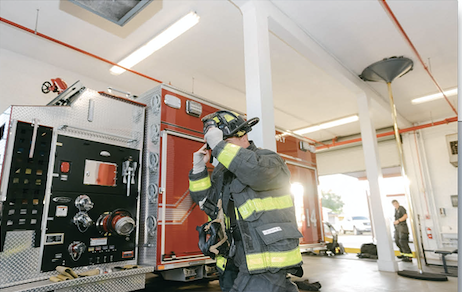 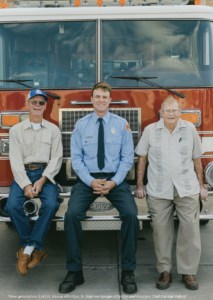 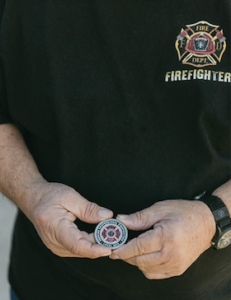 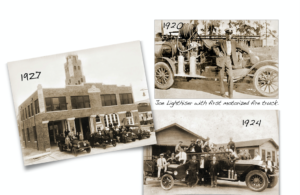 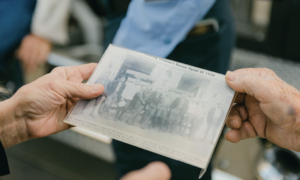 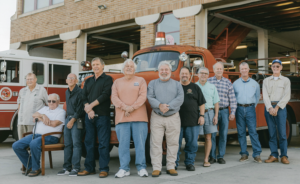 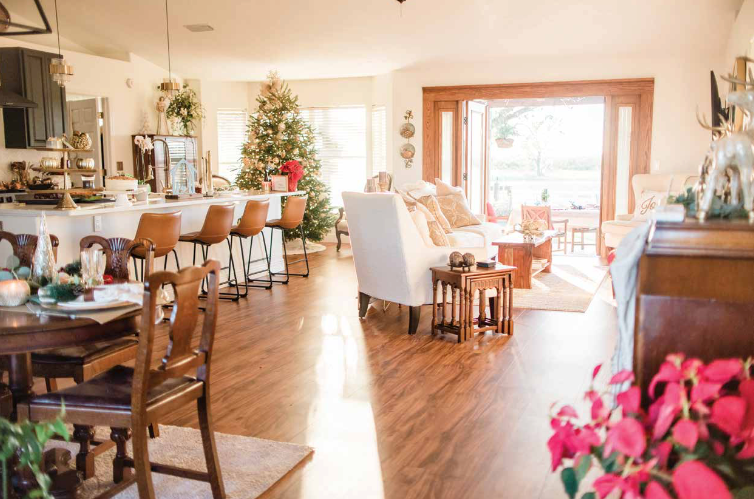 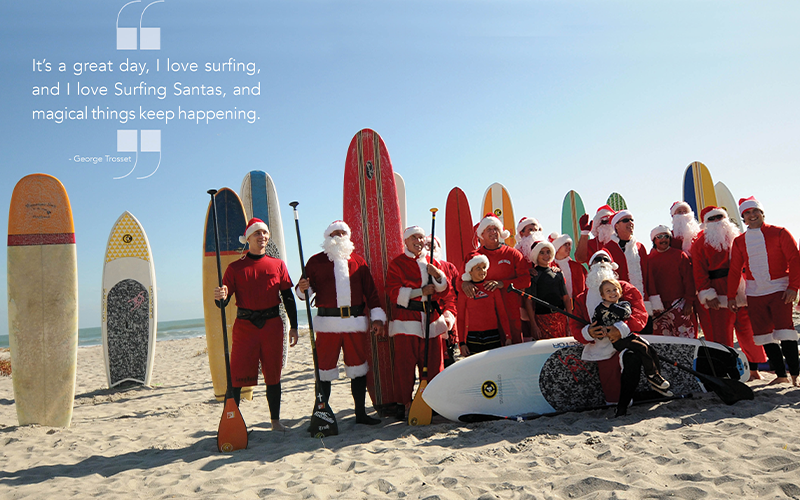 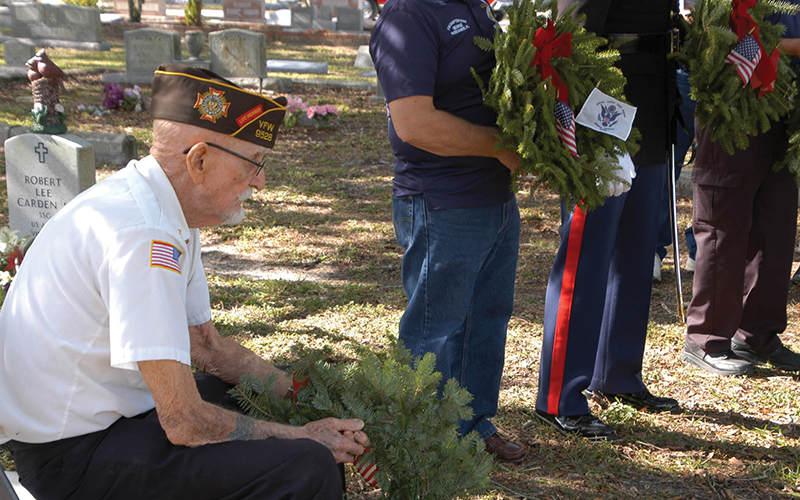