Central Florida is Reaching for the Stars

Only the elite of the elite are selected by NASA to become astronauts, and this year one of our own has made the cut. Central Florida resident Luke Delaney is one of 10 new astronaut candidates chosen from a field of more than 12,000 applicants to represent the United States and work for humanity’s benefit in space. 

The 42-year-old DeBary native has a quiet, unassuming demeanor as he talks about the incredible honor and opportunity of being chosen as an astronaut candidate. He described the selection process as less rigid than he expected, and more like “adult space camp.”

“They are looking to find the right person for the job, and at the same time you’re looking to make sure that job fits you.” When he got the phone call, he was actually expecting to find out he hadn’t been picked. “I’d met so many people with impressive resumes and backgrounds. I was ready to thank people for the opportunity and all these things.” He even asked the caller if he could get back with them so he could check with his wife one last time!

Excited to see what’s out there

While Delaney might be humble about being selected, from the outside it’s clear why he was chosen. Delaney is a retired Marine Corps major and distinguished naval aviator with a degree in mechanical engineering from the University of North Florida and a master’s degree in aerospace engineering from the Naval Postgraduate School. He participated in exercises throughout the Asia Pacific region and conducted combat missions in support of Operation Enduring Freedom. Most recently, Delaney worked as a research pilot at NASA’s Langley Research Center, in Hampton, Virginia, where he supported airborne science missions. Overall, Delaney has logged more than 3,700 flight hours on 48 models of jet, propeller, and rotary wing aircraft. 

At Nasa Langley, Delaney has been working in aviation safety, traffic management, and atmospheric science—the aspect he finds most interesting. “Trying to understand better the complexities of this planet and how things are changing and how to best handle future catastrophes—I think a lot of data collection we’re looking at is mapping out different avenues for our planet, and that’s awesome, that’s great to be at the forefront of that,” Delaney says.

Going into space takes that exploratory science to the next level. “There’s different things we look at on our planet that we’re going to be looking for in space,” he adds. “Looking at the different constructs and compositions on the moon and Mars and other locations. To me, that’s exciting just to see what’s out there.”

Working for NASA, Delaney has gotten a glimpse over the proverbial bow at what’s to come for human spaceflight. “I feel almost in the last decade or so things have kind of been picking up on the space front. Potential deep space exploration, going places humans haven’t been yet—it’s exciting to think about what could be next.” 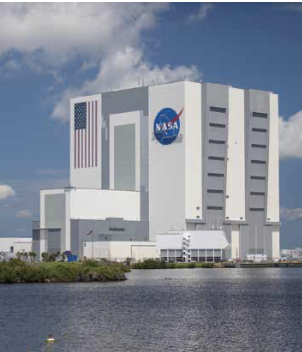 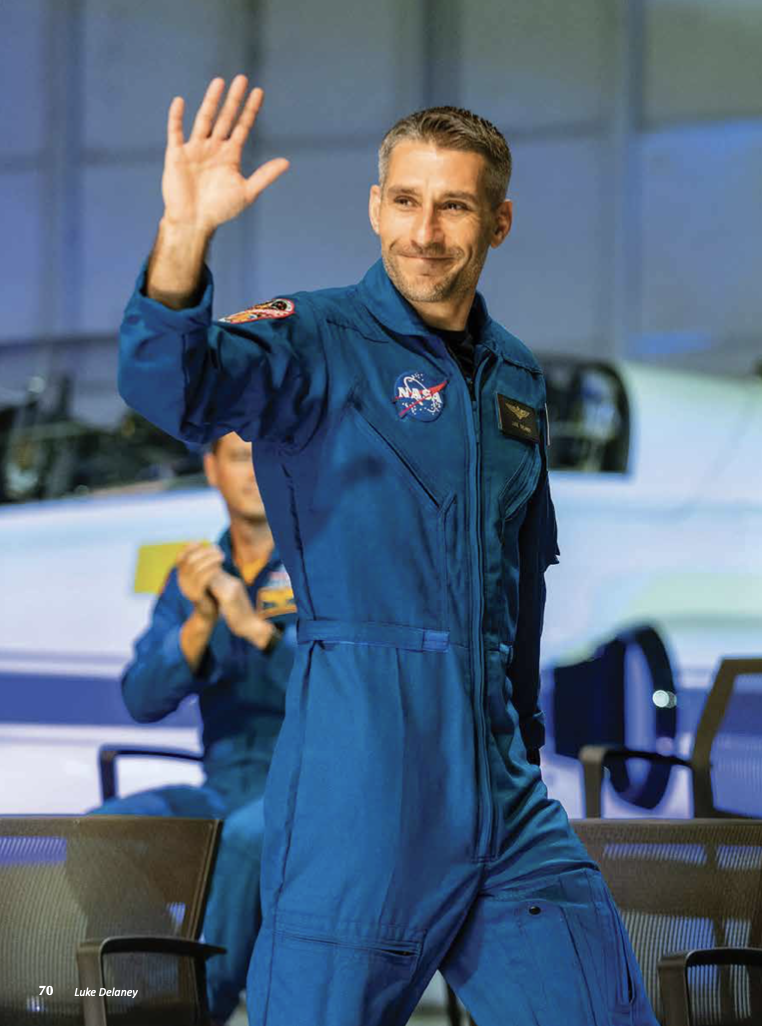 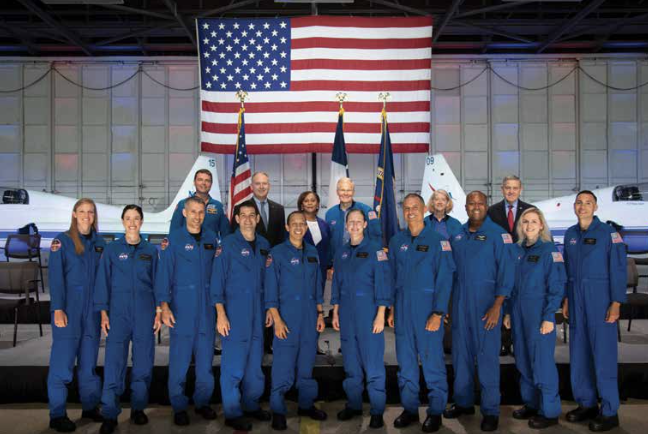 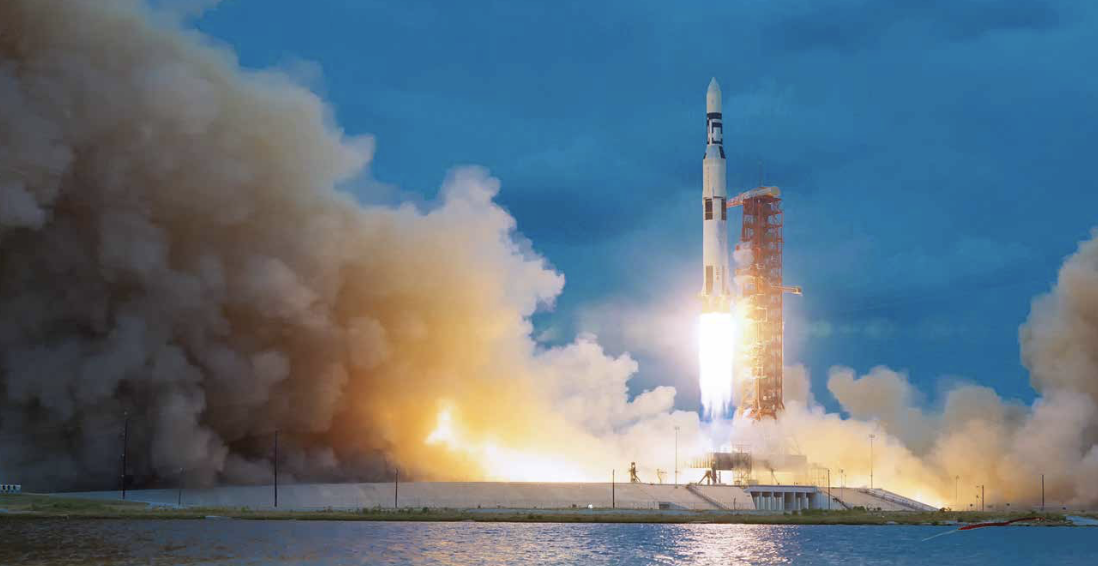 From Outdoorsman to Rocket Man

Even though he’s got an eye for the stars, Delaney is also a self-proclaimed outdoorsman and enjoys spending time in the woods and on the hobby farm he and his wife recently started with their daughters and two rescue dogs. He comes by his love for the outdoors honestly, having grown up in rural DeBary in the nineties.

His interest in STEM was nurtured by a combination of factors—growing up so close to the Space Coast, a science-loving father, and a high school math teacher/ mentor, Mrs. Ebert, from Deland High School. While he dreamed of becoming an astronaut as a kid, Delaney said he struggled with how to get there. Because his family comes from a military background, he chose that route, but he encourages young people not to worry if they aren’t sure what they want to do yet or how to get there. “I took it step by step to define myself and find where I needed to go,” Delaney said. “Pursue what you’re interested in and build on that.”  

Ready To Go Places No One Has Been Before

Delaney describes a NASA astronaut as being “somebody who can manage uncertainty, somebody who’s adaptable—ready to go places nobody’s been before.” According to NASA’s website, the organization has selected a total of 360 astronaut candidates, beginning with the original Mercury Seven in 1959, and “more are needed to see the space station into its third decade of science in low-Earth orbit and propel exploration forward as part of the Artemis missions and beyond.” 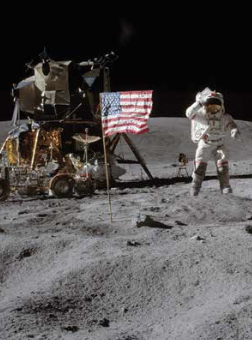 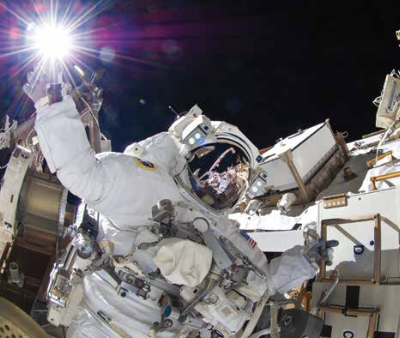 The Other Astronaut Candidates Currently In Training with Delaney Are: 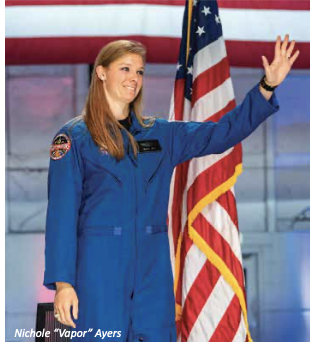 Nichole “Vapor” Ayers 32, Major, U.S. Air Force. Ayers is a Colorado native and experienced combat aviator with more than 200 combat hours and over 1,150 hours of total flight time in fighter jets. One of the few women currently flying the F-22 Raptor fighter jet, Ayers led the first ever all-woman formation of the aircraft in combat in 2019. 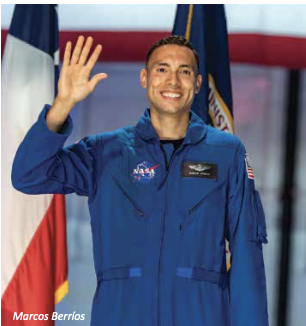 Marcos Berrios Ph.D., 37, Major, U.S. Air Force. Hailing from Puerto Rico, Berríos holds a doctorate in aeronautics and astronautics from Stanford University. A distinguished pilot, Berríos has more than 110 combat missions and 1,300 hours of flight time under his belt. 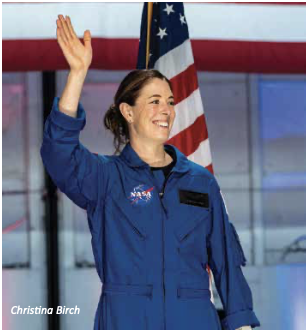 Christina Birch, Ph.D., 35, is originally from Gilbert, Arizona and has a background in biochemistry and molecular biophysics, as well as a doctorate in biological engineering from MIT. She is also a decorated track cyclist on the U.S. National Team. 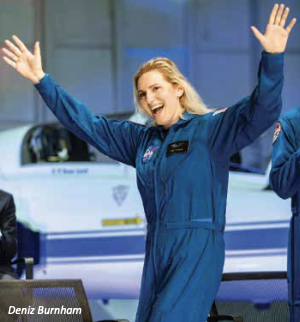 Deniz Burnham, 36, Lieutenant, U.S. Navy. Burnham calls Wasilla, Alaska home and serves in the U.S. Navy Reserves. She has a bachelor’s degree in chemical engineering and a master’s degree in mechanical engineering. She is an experienced leader in the energy industry.   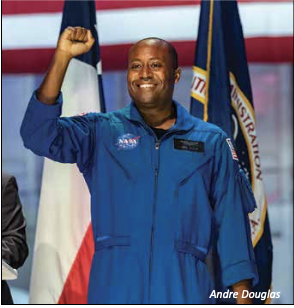 Andre Douglas, Ph.D., 35. Douglas is a Virginia native with multiple degrees in mechanical engineering, naval architecture, marine engineering, and electrical and computer engineering, as well as a doctorate in systems engineering. Douglas served in the U.S. Coast Guard and, most recently, at the Johns Hopkins University Applied Physics Lab, working on maritime robotics, planetary defense, and space exploration missions for NASA. 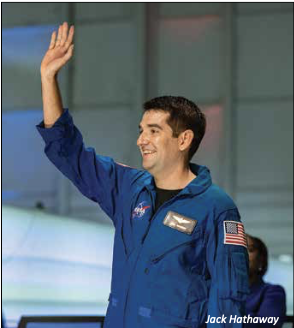 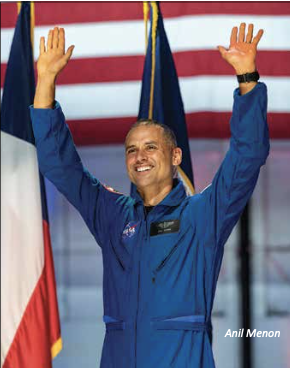 Anil Menon, M.D., 45, Lieutenant Colonel, U.S. Air Force. Hailing from Minneapolis, Minnesota, Menon has a long, distinguished career as a flight surgeon (he was SpaceX’s first flight surgeon and served NASA as the crew flight surgeon for various missions taking astronauts to the International Space Station). He is fellowship-trained in wilderness and aerospace medicine, and, while in the Air Force, supported the 45th Space Wing and the 173rd Fighter Wing. 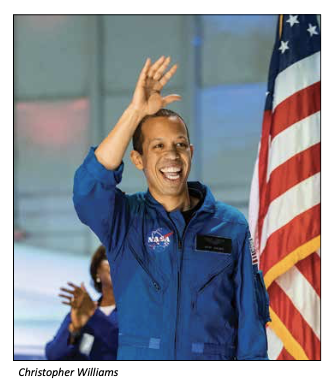 Christopher Williams, Ph.D., 38. Originally from Potomac, Maryland, Williams is a board-certified medical physicist with experience working at Harvard Medical School. He also served as the lead physicist for the Brigham and Women’s Hospital and Dana-Farber Cancer Institute’s MRI-guided adaptive radiation therapy program, where his research focused on developing image-guided techniques for cancer treatments. 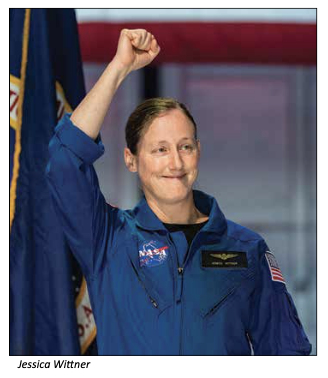 Jessica Wittner, 38, Lieutenant Commander, U.S. Navy. This Californian has a distinguished career serving as a naval aviator and test pilot. She holds a Bachelor of Science and a Master of Science in aerospace engineering, and has served operationally flying F/A-18 fighter jets with Strike Fighter Squadron 34 in Virginia Beach, Virginia, and Strike Fighter Squadron 151 in Lemoore, California. She also worked as a test pilot and project officer with Air Test and Evaluation Squadron 31 in China Lake, California.